I captured this series in a few sand pits and gravel mines in and around Berlin.
Technically I experimented with time and light. I used long exposures and shots at noon under a bright sun.
I was interested in finding out what the light and the colours do to the locations.

I usually worked on this series in the night or on Sundays when nobody was around. A time and situation which is quite ambiguous:
Even though these locations are completely man-made and one hardly can imagine a more drastic change to a landscape,
I often caught myself seeing the images as they have been there forever exactly the way my camera captured them.
A very wrong interpretation because each time I came back there, the places had changed a bit. A constant flux of material and traces in an almost fluid landscape.

While I was working on this series I was reading a book about the Cambrian times on earth.
From wikipedia:
“The Cambrian Period marked a profound change in life on Earth; prior to the Cambrian, living organisms on the whole were small, unicellular and simple. Complex, multicellular organisms gradually became more common in the millions of years immediately preceding the Cambrian, but it was not until this period that mineralized – hence readily fossilized – organisms became common.
While diverse life forms prospered in the oceans, the land was comparatively barren.
Most of the continents were probably dry and rocky due to a lack of vegetation. Shallow seas flanked the margins of several continents created during the breakup of the supercontinent Pannotia. The seas were relatively warm, and polar ice was absent for much of the period.
While the early Cambrian showed such diversification that it has been named the Cambrian Explosion, this changed later in the period, when it was exposed to a sharp drop in biodiversity.”

Now each time I went out there to the sand pits and gravel mines Cambrian images began to invade my way of seeing them. And I had let it happen. Landscape and mindset slowly fused together.

It was a fascinating journey also because I began to realize that I was shooting in a different time zone than those people actually working there.
Each time I came back, a new machine was there or a heap of sand had dissapeared and rematerialized in another corner. New tracks of vehicles had appeared. It was a bit like time travelling.

In the end I guess these images are both fictional and documentary at the same time. 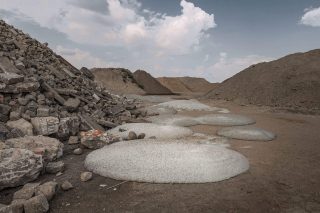 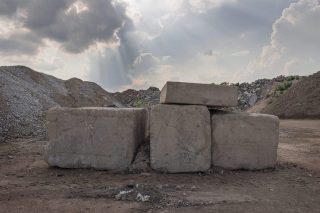 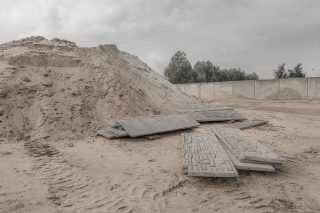 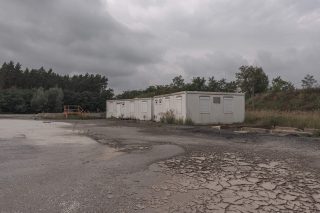 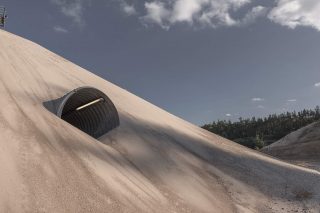 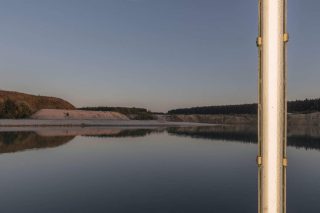 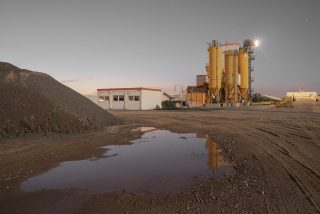 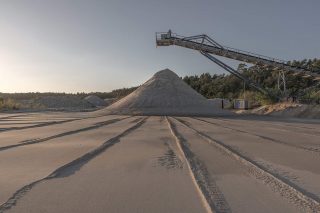 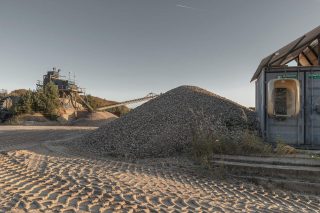 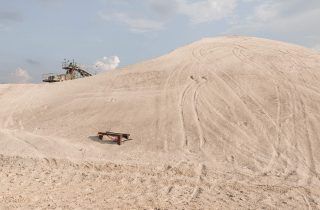 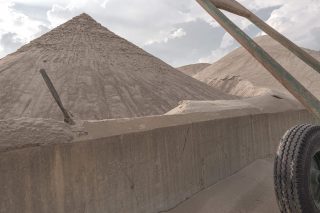 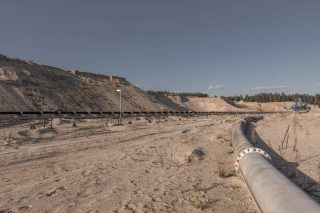 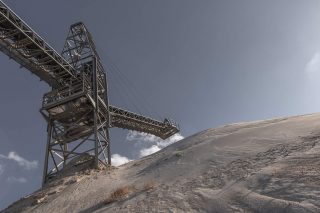 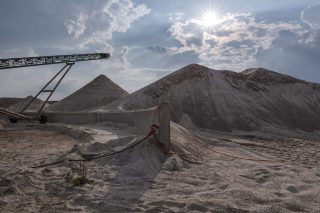 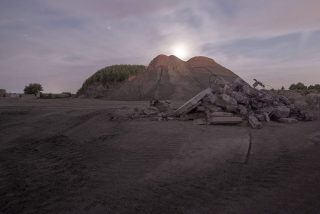 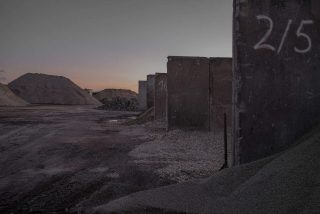 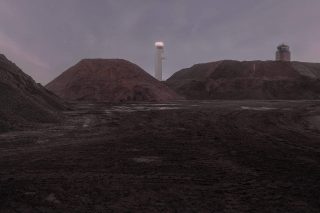