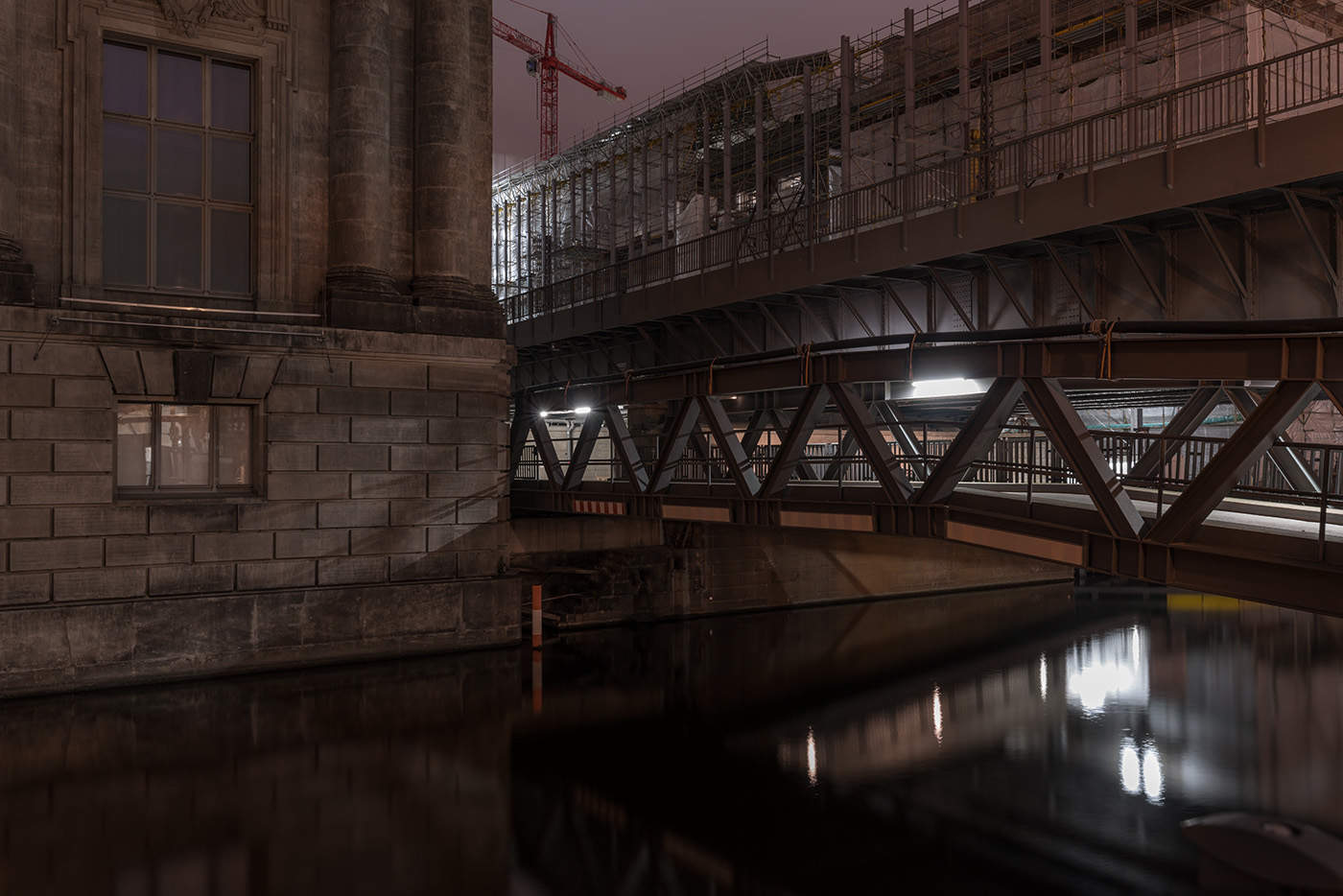 The Bode museum is a listed building and houses a sculpture collection with works of art from the middle ages to the 18th century. It was designed by architect Ernst von Ihne and was the fourth museum to be built as part of Berlin’s Museum Island on the Spree.
Originally completed in 1904 the building was badly damaged in the Second World War and had to undergo several stages of restoration. In October 2006 and after a €156 million refurbishment it finally opened again to the public.
The railway tracks on the right connect two of the most important train stations in Berlin Mitte: Friedrichstrasse and Alexanderplatz.