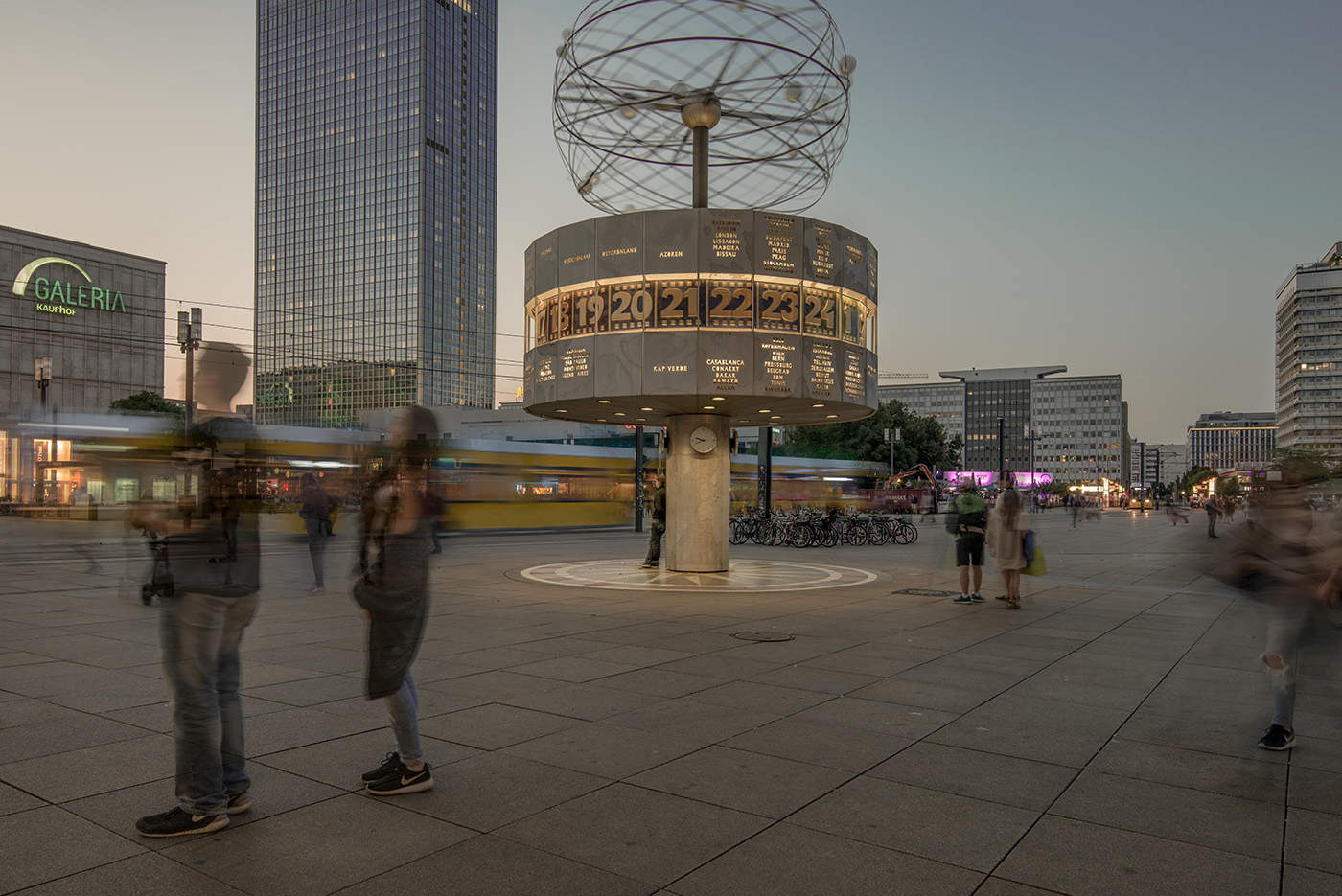 This mini series wouldn’t be complete without the most famous place in Berlin called Alexanderplatz.
I have to admit that I tried to avoid going there ever since I moved to Berlin.
So this was kind of a challenge for me – and an experience.

First thing I usually do is walking around the place trying to find a point of view. Of course I have checked the internet before and felt a bit disencouraged by those 5,790,000 entries on Google about it.

You might need to know that this place originally was a cattle market. It gained attraction with the growing of Berlin and in its heyday together with Potsdamer Platz it was the heart of Berlin’s nightlife.
Later during the GDR times it was the very center of the capital of communist Germany and after the reunification many attempts have been made to further develop it. The latest attempt by Hans Kollhoff recieved a prize in 1993 but wasn’t really realized because of lack of interest of investors.

So while I was trying to find my position here I briefly talked with three tourists, one street beggar and two security guards. I was mocked by a group of teenagers and earned a lot of mildly amused faces by the many smartphone street photographers around. I spend roughly three hours and finally shot four images which I stacked in photoshop ending up in the image you see here.

The clock in the center is a world time clock. In the distance there are two shopping centers, one hotel and at least one office building. There is a public transport line crossing the place, see the the motion blurred yellow car crossing diagonally. I like the tourist couple on the left because of their childlike appreciation of the big city and I see the guy with the torn Jeans kicking in from the left as my little comment on this self commissioned task.