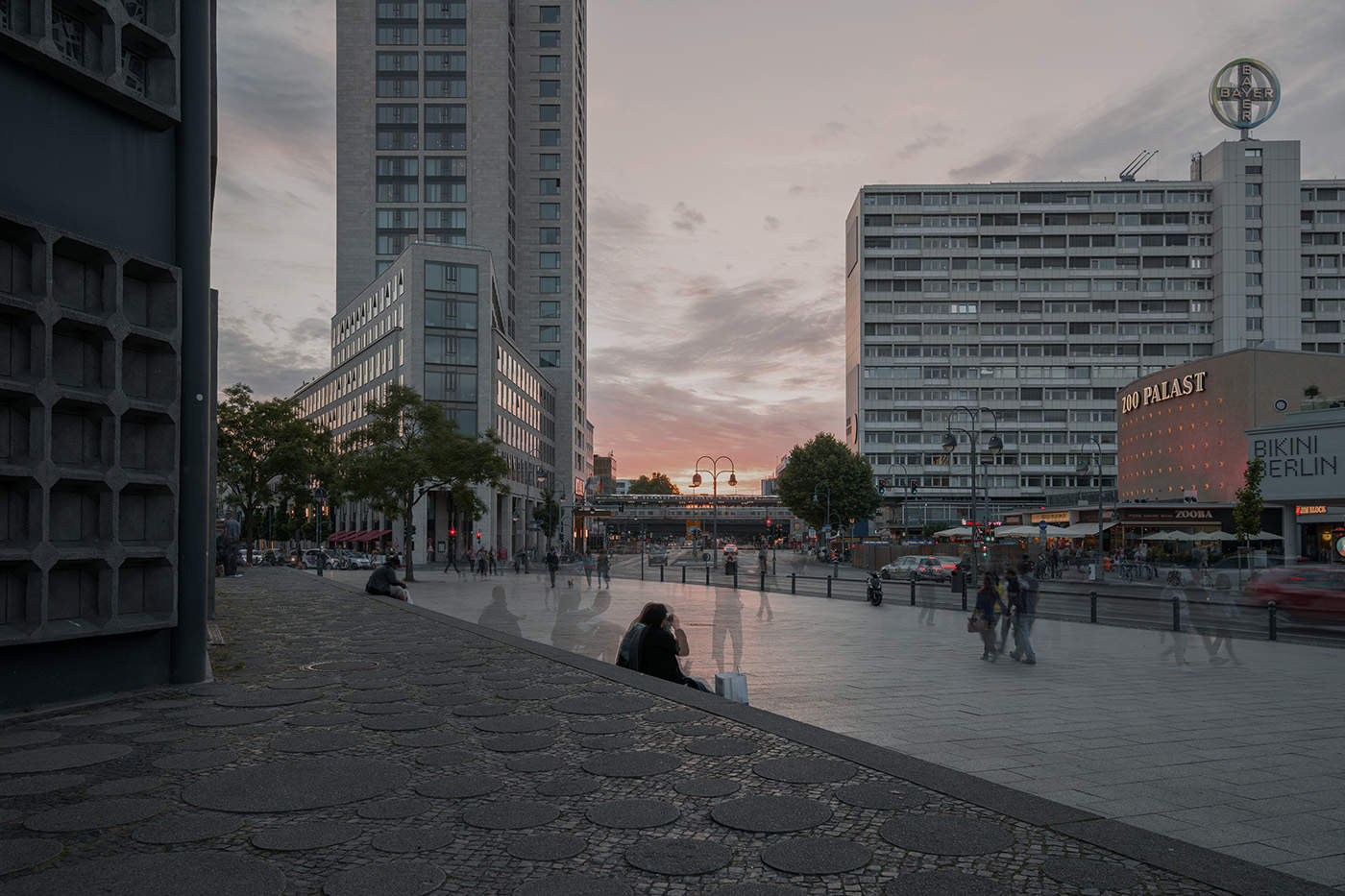 One of the most iconic places in Berlin and by some regarded as an awkward yet typical Berlin combination of the old and the new, the cultural and commercial.
On the left there is a part of the Kaiser Wilhelm Memorial Church, the highrise in the center houses offices, restaurants and the Berlin Waldorf-Astoria and on the right is one of the oldest cinemas in Germany dating back to 1915 when it opened as the Palasttheater am Zoo. It was taken over by the German UFA later and saw the premiere of one of the most famous movies of all time. Some of you might know the movie, it was called: Metropolis.